How To Remove Security Screws Security screws, also known as tamper proof screws, one way screws, locking screws, and more, are standard screws with a unique head, making it nearly impossible to remove with common tools. These are commonly used in the automotive and electronics industries, along with public spaces such as bathroom cubicles and secure windows to prevent tampering.

If not, you may have no choice but to cut a slot in the head and remove it with a flat blade screwdriver.

For the specific type of security screws known as one way screws, we have an article on how to remove them here. How To Remove One Way Screws

How To Remove Security Screws: Use the correct bit 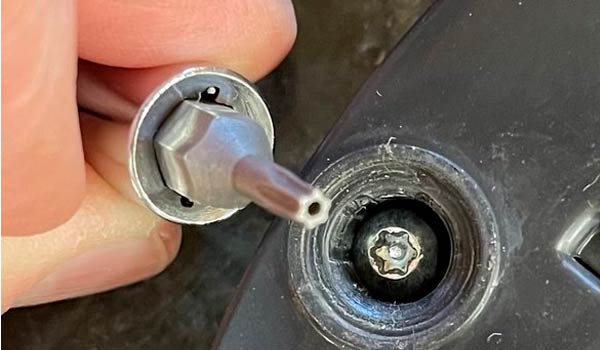 A Torx security screw with centre pin and corresponding bit.

How To Remove Security Screws: Cutting a new slot 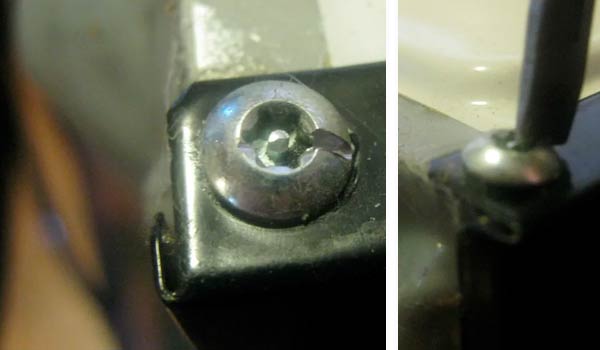 Cutting a slot in the security screw head is an option.

For Torx Security screws, one possible way is with using a flat head screwdriver. Torx security screws are characterized by star drive featuring a central pin. The pin grants additional tamper resistance as it prevents regular Torx screwdrivers from being used. 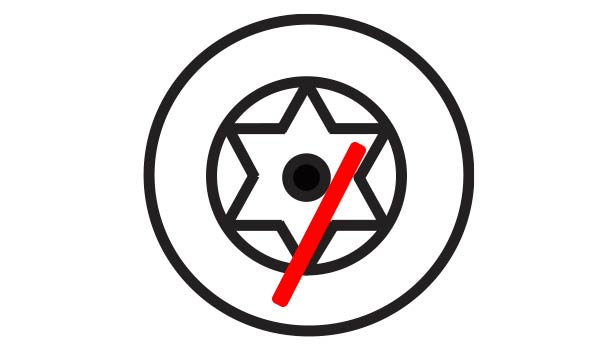 The head of a Torx Security Screw. The red line indicates where to place a flat blade screwdriver.

If this doesn’t work, you’ll have to either buy the correct bit for your security screw or cut it out as mentioned above.