How To Remove A Sleeve Anchor 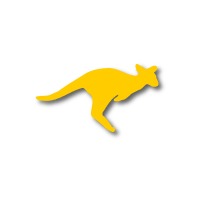 How to remove a Sleeve Anchor OK so you need to remove a sleeve anchor or dynabolt from your brickwork or concrete, here’s how : Firstly you need to figure out which one you have, it will be either a standard hex head or a flush head, the difference being the hex head has a nut on top and the flush head is a bolt, don’t bother trying to drill either of them out, your wasting your time. To get one out you need to understand how they work and appreciate that they are not designed to be removed, so it’s not that simple. They are made up of a solid internal post with a wedge formed at the base, and a thread at the top, this post is surrounded by a sleeve and topped off with a nut. When you tighten them the post is drawn up into the sleeve and the wedge locks against the sleeve expanding it and locking against the side of the drill hole. So if you try and lever them out they just get tighter because your just pulling the wedge further up into the sleeve. So here’s what you do : Take the nut off and try and hammer the threaded stud down into the shell until you can see around 20mm or more of hollow shell, if it won’t hammer down then the drill hole isn’t long enough and so you need to cut the stud off at the surface with a grinder and then punch it down. Then you can either: Knock a tight fitting wall plug into the shell, put a screw in the plug and lever the whole lot out with a claw hammer. Try and find a bolt or coach screw with a coarse thread just about the same diameter and force it into the shell, twisting it so it cuts a thread and then lever the shell out. Try and grab the edge of the shell with a pair of grips or long nose pliers and twist it out. Once the shell is out just lift out the stud and you’re done.